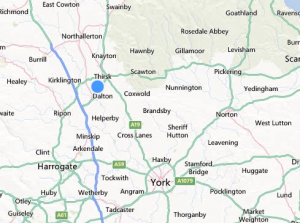 Are you looking for a company that knows the trade of removing petrol in diesel vehicles in the back of their hands? Are you looking for fast accommodation coupled with a bunch of fellas geared with know-how in their chosen field of expertise? Then, Fuel Expert is what you are looking for! With years of experience in the bag and employees willing to give a helping hand at any point in the day, you’ve got everything you need! All you have to do is dial 07720 875212 and give us your location in Yorkshire!

With Fuel Expert, we can guarantee complete removal of petrol in your car in 40 minutes or less! Also, the buck you give us is not nearly enough money if you bring your business to others! You need not worry about tools because we carry them all for you to fix your fuel exchange qualms!

Petrol in Diesel Harrogate HG1: An old couple dialed in for help as they filled their Fiat Panda with petrol at Dragon Service Station on Skipton Road. We removed the contaminated fuel in 30 minutes and they gave us their word that they would recommend us to their friends. And they did!

Petrol in Diesel Scarborough YO12: A lady called us because her Citroen C4 could no longer run 2 km off Penny Petroleum on Seamer Road where she filled it. It was only then when she looked at her receipt that she knew she filled her car with petrol! We were able restore the car in former glory in 30 minutes!

Petrol in Diesel Barnsley S70:  A young college student called in for assistance when she filled her Suzuki Swift with 17L of petrol at Intake 3 Filling Station on Park Road. We removed contaminated fuel in less than 35 minutes. Now, isn’t that brill?

Petrol in Diesel Doncaster DN12:  We were dispatched at Denaby Service Center on Doncaster Road to aid a pregnant woman as she filled her Mini Club Man 1.6 with petrol. Her blood didn’t rise a bit because of our fast service of 30 minutes!

Petrol in Diesel Rotherham S60: We were deployed at Jolly Miller Service Station on Wellgate where a Citroen DS3 was carelessly filled with 10L of petrol by a crew member. Thankfully, the crew kept his composure as we were able to remove the contaminated fuel in 35 minutes!

Petrol in Diesel Sheffield S11: We came to assist a young couple in the brink of an argument as one must have been at sixes and sevens while filling their Vauxhall Corsa at Texaco on Ecclesall Road. They were renewed love birds as we removed 15 L of petrol in 32 minutes!

Petrol in Diesel Leeds LS10: A single mother with 2 kids on the back of a Hyundai i30 called us in a panic because her car would no longer run after fuelling at Calderview Service Station on Low Road. She was about 10 minutes away from the station and then realized she filled falsely! She was no longer in a sticky wicket as we removed contaminated fuel in 30 minutes!

Petrol in Diesel Wakefield WF1: We were dispatched on Jacob’s Well Murco Service Station at Jacob’s Well Lane where an Alfa Romeo was mistakenly filled by 15L of petrol. We were able to remove contaminated fuel in 35 minutes, fast, yes we are!

Petrol in Diesel Calderdale HX1: A concerned citizen helped an old couple as they filled their Ford KA with 15 L of petrol at Halifax Services on Skircoat Road. We made them worry-free as the vehicle is in tip top shop in 32 minutes!

Petrol in Diesel Bradford BD12: A physician called us in for help as she was mistaken to put 20 L of petrol in her Mercedez Benz  A-Class at Total on Cleckheaton Road. She was no longer at the end of her tether when we got the car up and running in 35 minutes!