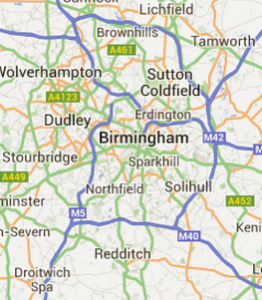 We are a team of fuel draining experts that can help anyone that filled up their car with the wrong fuel type by mistake. We have a mobile fuel draining unit based in Birmingham that will assist you as soon as possible and get you running again.

Out mobile unit has all the equipment necessary so you don’t have to undergo any costly repairs and with our 99% success rate, we will get you back on the road in less than an hour.

Some of the recent fuel drains performed in Birmingham include:

Fuel draining in Bearwood: The drive of a Peugeot 208 filled up his car at the Murco Petrol Station on Sandon Road with the wrong fuel. His car stopped working on Portland Road from where he called us. We managed to get to the scene in 25 minutes and got his car up and running in less than an hour.

Fuel draining in Strechford: A young businessman was driving to work when his car broke down on Garrets Green Lane. He previously filled up his Vauxhall Zafira with the wrong fuel type at the Shell Petrol Station on Station Road. We managed to assist him immediately and get his car working in less than an hour.

Fuel draining in Ladywood: A young person driving a diesel Toyota Yaris filled up from the Shell Petrol Station on Bath Row with the petrol instead of diesel. He called us from City Road and we got there in less than half an hour and fixed his can in an hour.

Fuel draining in Dudley: The driver of a new diesel Hyundai i10 filled her car with petrol at the Tesco Petrol Station on Highland Road by mistake. After breaking down on Black Country New Road, she called us and we assisted her in less than 30 minutes and shortly got the car running again.

Fuel draining in Shirley: A Renault Clio driver stopped to fill up at the BP Petrol Station on Stratford Road. By mistake he filled it up with petrol and the car broke down on Brook Lane. We arrived at the scene shortly and managed to get him running in less than an hour.

Fuel Draining in Wednesbury: A young office worker was returning home from work in his new BMW 520d when he stopped to fill up at the BP Petrol Station on Walsall Street. Mistakenly, he used petrol and his car stopped working on High Street. After calling us, we arrived shortly and we managed to drain the wrong fuel out of his car in 50 minutes.