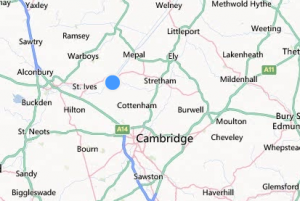 As part of our fuel draining company, we are operating mobile teams all over Cambridgeshire. We are able to help you if you mistakenly filled up your car with the wrong type of fuel and you are stuck on the side of the read. Our mobile fuel draining units are equipped with all the necessary equipment so not only we’ll get you back on the road in less than an hour, but there also won’t be any expensive repairs involved. We manage to successfully get back on the road 99% of the people stuck on the road, so you can’t go wrong with calling us.

Some of our recent jobs in Cambridgeshire include:

Fuel draining in Cambridge: A student on his way home stopped at the BP Petrol Station on Elizabeth Way to refill his Mini Cooper, but used the wrong fuel in the rush. The car broke down shortly after, on Cow Lane, where our team arrived shortly. The mobile fuel draining unit were able to fix the car in less than an hour.

Fuel draining in Huntingdon: Oh her way to work, the young driver of a Nissan Juke stopped for quick refill at the Shell Petrol Station on Stukeley Road. Unaware that she used the wrong fuel, the car suddenly stopped on Mayfield Road, from where she called us. The mobile fuel draining team arrived at the scene in half an hour and managed to fix the car within the hour.

Fuel draining in Ely: A mother of two was taking her children to football practice when the car suddenly stopped on Cam Drive. She realized that she used the wrong fuel for her Ford Focus when she filled it up at the Tesco Petrol Station on Angel Drove. Fortunately, our mobile team was nearby and got there fast and managed to get the car back on the road shortly after.

Fuel draining in St Neots: Going to work in his BMW 1-series, a young office worker stopped to fuel it up at the BP Petrol Station on Great North Road. Mistakenly using the wrong fuel, the car broke down on Potton Road not long after. Our team got there in 30 minutes and managed to efficiently restart the car.

Fuel draining in March: Our team were called on Elm Road after the owner of a VW Golf got stuck there. He explained that he filled his car from the BP Petrol Station on Dartford Road, but used diesel instead of petrol by mistake. The mobile unit completely drained the car and managed to get it running again in less than an hour.

Fuel draining in Ramsey: Refilling her Nissan Qasqai from the Shell Petrol Station on Bury Road, a young office worker used the wrong fuel and not long after, the car broke down on Hollow Lane. Fortunately, our team was nearby and managed to assist her quickly and get her car back on the road in less than an hour.