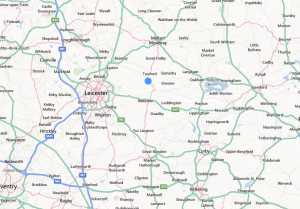 If you accidentally filled up your petrol car with diesel fuel and found yourself stuck on the side of the road, you don’t have to worry as we can help you solve this frustrating problem in the most efficient way possible.  We are a team of experts with experience in fuel draining companies that can assist you if you find yourself in this situation. Operating mobile fuel draining units all over Leicestershire, we can assist you shortly after calling us and get you back on the road in less than an hour. You don’t have to worry about expensive repairs either as our fuel draining teams will take care of everything.

Some of our recent jobs in Leicestershire include:

Fuel draining in Leicester: A man returning home from work stopped at the Murco Petrol Station on Belgrave Gate to refill his new Mini Cooper. Unfortunately, he used the wrong fuel and found himself stuck on Newark Road, from where he called us. Our mobile fuel draining unit arrived at the scene in less than 30 minutes and successfully got the car back on the road.

Fuel draining in Loughborough: An office worker returning home stopped for a refill at the Texaco Petrol Station on Epinal Way with his BMW 5-series. Mistakenly, he used the wrong fuel and realized it when the car broke down on Forest Road. Our team arrived at the scene immediately and fixed the car within the hour.

Fuel draining in Melton Mowbray: Returning home, a man stopped to refill his car at the Esso Petrol Station on Notthingam Road, but used the wrong fuel by accident. Our team got to Welby Road, where his car broke down immediately and drained the car within the hour.

Fuel draining in Hinckley: The owner of a Ford Focus accidentally used the wrong fuel at the Co-Op Petrol Station on Watling Street and as a result, the car broke down on Spa Lane. Our team managed to get there quickly and sucesfuly fixed the car.

Fuel draining in Coalville: Our team was called to assist a woman whose Mercedes E-Classe broke down on Avenue Road after she refilled it with diesel instead of petrol at the Morrison’s Petrol Station on Whitwick Road. Fortunately, our team were able to fix her car and get it back on the road.

Fuel draining in Market Harborough: The driver of a Vauxhall Corsa stopped to refill his car at the BP Petrol Station on Coventry Road, but mistakenly filled it with diesel instead of petrol and not long after, the car broke down on Logan Street. Our mobile fuel draining unit arrived at the scene shortly and they were able to get the car on the road in less than an hour.