So… you gone done put petrol in your CDI/HDI/GDI

Before you contemplate scrapping your car, allow me to enlighten you.

Some time ago an ill informed journalist or two wrote an article regarding petrol being fatal for CDI engines, because no-one ever took the time to correct this it has now been accepted as fact, sadly it also suits the franchise car dealers to perpetuate this myth- being such a lucrative source of work.

To use a colloquial expression, its bollocks. it is rare that petrol will ruin an CDI engine, sure the pumps run at very high pressure with low tolerances for petrol, and yes injectors don’t like it either, but it isn’t always the death of the engine, in most cases a fuel drain is all you will need, to put a figure on it I would say 95% of cars survive without any repairs being done at all, and yes this includes cars that have been driven on a mix of petrol and diesel to a point of breaking down.

So what really happens?

CDI/HDI is simply a type of diesel engine that uses a high pressure pump on a common rail to inject fuel into the pistons via an electronic injector, as opposed to the old style mechanical ones which did not vary the amount of fuel being injected, this has made diesel engines quitter  more efficient, and much faster, it is the main reason diesels now out number petrol cars.

firstly this is a common rail (fig 1) it is simply a pipe that has other pipes coming off it into the injectors, since it serves all the injectors it is “common” and was imaginatively named such, the name isn’t very descriptive and the misunderstanding of it has given a slightly mystical edge to what a CDI engine really is, quite simply its an electronically controlled engine as opposed to a mechanically controlled engine, think of a CDI as a dompact disk, and a non cdi diesel engine as an 8 track cassette and you’ve pretty much got it sussed. 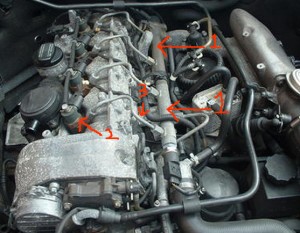 Fig 1, is the common rail, it runs the length of the engine

#2 is the top of an injector, this is only the very top of it, the rest is in the engine block and the tip of it sits in the piston

PUMP, the main difference between CDI and traditional diesels is the fuel pump, CDI fuel pumps increase the pressure of the diesel to around 35.000 PSI, thats about 1000 times more pressure than is in a car tyre, or put another way twice the pressure at the bottom of the Marianas Trench 7 miles underneath the sea, of course these pumps are high precision bits of equipment and run on very fine tolerances, diesel does indeed provide lubrication to the internal pump workings as it passes thru, but the failsafe here is that to run at all the engine must be getting some diesel – and this would provide some lubrication, if it was pure petrol it simply would not run, which is why misfuelling a CDI is not as catastrophic as some may suggest.

INJECTORS; it is also often said that petrol destroys diesel injectors, it is true that petrol is not good for diesel injectors, again however a diesel engine will simply not run at all on pure petrol so there will always be some diesel in the system to lubricate the innards if the engine is still managing to run.that said of the thousands of fuel drains I have done I have occasionaly seen injector damage after a car has been driven on the wrong fuel  although it is very rare

What happens is – petrol has an abrasive quality, the picture below is a diesel injector, the piezo injector hammers back and forth to release diesel into the piston, and diesel is forced thru tiny pin hole spaces at the tip of the injector into the piston, here is an injector firing 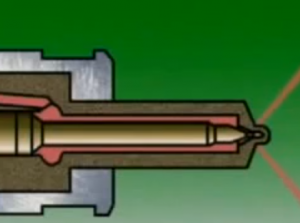 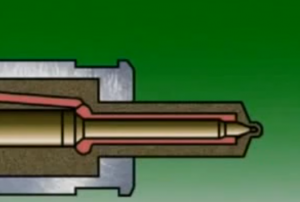 The fuel is forced out of the tip

The damage that gets done here is the petrol mix is – it simply strips away steel from the tip, this destroys the seal and the injector can never fully close, which means fuel is getting into the piston when it should not, the result is the fuel consumption increases, and the car starts to be “rough”, a telltale sign is the car starts blowing more smoke than is normal when being booted.

The good news is that injectors rarely all fail, the bad news is that they can cost a fortune, it is well worth shopping around if you need new injectors, I would suggest going for an independent specialist before turning to a main dealer,