The only place in the world that buries its kings in carparks.

We can help you if you mistakenly filled up your car with the wrong fuel type. We are a team of fuel draining experts with a 99% success rate. As we operate a mobile fuel draining unit based in Leicester we can assist you in less than half an hour and get your car running in less than an hour. 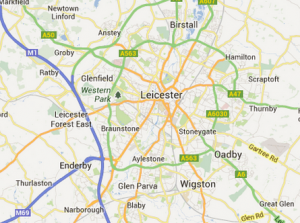 Our previous jobs, performing fuel drains in the Leicester area, include:

Fuel draining in Humberstone: The driver of a Nissan Qashqai accidentally filled up his car at the Shell Petrol Station on Uppingham Road with the wrong fuel. She realized later when the car broke down on Gipsy lane, from where she called us. We managed to get to the scene in 30 minutes and get the car running in an hour.

Fuel draining in Glenfield: We were called from Groby Road to assist a middle-aged man, whose car broke down there. He explained to us that he filled up his Mini Cooper D from the Texaco Petrol Station on Glenfield Road earlier and he used diesel instead of petrol. The mobile unit got the car back on the road in less than an hour.

Fuel draining in Hamilton: A young office worker was returning home one evening when he stopped at the Texaco Petrol Station on Thurmaston Lane to fill up his BMW 120d with fuel. Accidentally using the wrong fuel, he called us from Melton Road where his car stopped working, but we managed to get there shortly after and get the car fixed quickly.

Fuel draining in Markfield: Our mobile team unit was called on Bardgate Hill, where the driver of a Mercedes-Benz C200D was stuck. His car broke down after filling it up with the wrong fuel at the BP Petrol Station on Shawn Lane. Fortunately, we got him running again in an hour’s time.

Fuel draining in Loughborough: An old couple was driving around in their Vauxhall Insignia and had to stop for fuel at the Texaco Petrol Station on Epinal Way. Pumping the car with the wrong fuel by accident, the car stopped moving on Krefeld Way and they called us from there. Our team arrived at the scene in half an hour and got the car running again shortly after.

Fuel draining in Melton Mowbray: Filling up at an Esso Petrol Station on Nottingham Road, the driver of a Vauxhall Zafira filled it up with the wrong fuel and his car broke down on Asfordby Road later. We were called and our mobile team arrived at the scene in half an hour and got the car fixed in less than an hour.