Bedfordshire has a new addition to its automotive services. Fuel Expert has now brought its Mobile Draining Unit which offers 24 hour fuel draining services. This Mobile Unit is operated by skilled and disciplined crew which can be at your location within 30 minutes or less. You can even call directly at 07720875212.

Misfuelled cars are common but its effects can be tremendous. It may cost you quite a sum of money to have your car fixed if the problem isn’t dealt with immediately. Here at Fuel Expert, we can drain your car of contaminated fuel and make sure that it runs perfectly afterwards. Below are some of the areas where we’ve been able to help car owners already:

Petrol in diesel Shefford SG17 We were dispatched to the Esso Express at Elm road, Shefford By Pass where we drained a Citroen Saxo with contaminated fuel. The driver was thankful enough that he promised to refer us to his friends.

Petrol in diesel Henlow SG16 A man going to Lower Slondon misfuelled his car at Cornwall Garages at 50 Bedford road. The driver called us for help and we attended to his concerns in just 46 minutes.

Petrol in diesel Luton LU4 A Chevrolet Spark owned by an employee at the Luton and Dunstable Hospital mistakenly filled it with diesel at Murco filling station in Dunstable road. The driver called us and we had his car back on the road after 50 minutes.

Petrol in diesel Sandy SG19 We serviced another misfuelled car at the Sandy Service Station at New Road. The driver of the Honda Accord was surprised we had his car drained and started in 46 minutes.

Petrol in diesel Biggleswade SG18 A Seat Ibiza broke down at Shortmead street after being filled with diesel at the Sainsbury’s Petrol Station at Bells Brook. The driver called us for help and we had his car running perfectly after 40 minutes of work.

Petrol in diesel Bedford MK41 We helped a guy with his Mini Cooper S at the Sainsbury’s filling station at 90 Clapham road. The car was filled with diesel but was not started. The work was much easier and we drained it in just 36 minutes.

Petrol in diesel Leighton Buzzard LU7 A Toyota Auris was mistakenly filled with diesel at the Lake Street Service Station at 45 Lake Street. We came as soon as we received the call. It took us only 30 27minutes of travel and before an hour the driver was good to go.

Petrol in diesel Shefford SG17 Another car was saved at the Texaco Service Station at 72 Broad street. The driver of a Volkswagen Beetle had filled his car with diesel. The driver called for draining services and we had his car drained of diesel after 50 minutes.

Petrol in diesel Bedford MK44 After filling it with the wrong fuel at the Black Cat Service Station at Great North Road, a middle aged woman’s car broke down a few miles out. We were notified of the emergency and drove to her aid. Before the hour had passed, the car was drained of the contaminated petrol.

Petrol in diesel Luton LU3 At the Texaco Service Station at 132 Barton road, we drained a Ford Mondeo with its contaminated fuel. The driver was overjoyed to know that the car was not damaged by the petrol he had filled it with. 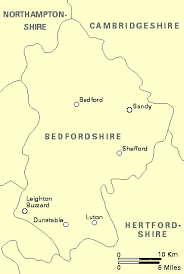