If you mistakenly filled your diesel car with petrol, or the other way around, don’t panic! We have a team of experts in fuel draining that can help you anywhere in Liverpool. With a mobile fuel draining unit that can assist you in less than half an hour, we’ll get you running in less than an hour. We have a 99% success rate and our mobile unit has all the necessary equipment so you don’t need any expensive repairs. 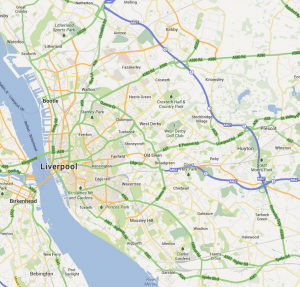 Several of our recent jobs performed in Liverpool include:

Fuel draining in Everton: A father was driving his sons to school when his Nissan Qasqhai broke down on East Prescot Road. He previously filled it up with the wrong fuel at the Shell Petrol Station on Scotland Road. We arrived there shortly and filled got it running in less than an hour.

Fuel draining in Kensington: A young driver filled up his Mini Cooper D at the Total Petrol Station on Edge Lane with petrol by mistake. He called us from Queens Drive where his car broke down and we arrived there in half an hour and the car was running in an hour.

Fuel draining in Kirkdale: When the driver of a BMW 120d filled up at the Texaco Petrol Station on Barlow Lane, he didn’t realize he filled it up with petrol. He called us shortly after from Rocky Lane where is car stopped working and we got there soon after and managed to get him running in 50 minutes.

Fuel draining in Southport: A young office worker was returning home from work and stopped at the Texaco Petrol Station on Cemetery Road to fill up his diesel VW Polo. Accidentally, he used the wrong fuel and not long after, his car broke down on Scaffold Lane. We arrived at the scene in 30 minutes and the car was running in an hour.

Fuel draining in Birkenhead: Late in the evening, a mother was returning with her children from school, when she stopped to fill up her Mercedes-Benz C220d at the BP Petrol Station on New Chester Road. As she used the wrong fuel type, the car broke down on Speke Boulevard, from where she called us. The mobile fuel draining unit arrived there shortly and got the car running within the hour.

We also go as far afield as blackpool & Birkenhead

Fuel draining in Runcorn: Stopping to fill up her Vauxhall Insignia at the Shell Petrol Station, a young office worker filled it up with petrol instead of diesel. She called us soon after from Warrington Road after the car stopped working and we assisted her immediately and the car was running in an hour.