Realising that you might have damaged your car for good because of a few seconds of carelessness with the fuel pistol would likely have you exploding in frustration. However, you don’t have to punish yourself for long because there’s a good chance that we can still remedy it. We’re available 24/7 anyway and we are trained and experienced enough as one of the companies that remove wrong fuel to work on any misfuelled vehicle. 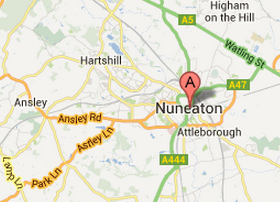 You don’t have to worry about spending a lot of money on car repairs if we can just drain the wrong fuel as soon as possible. We’re bonded and licensed to operate and move around in our van so we could get to you in less than 30 minutes.

We have done the following fuel drain in Nuneaton recently:

Fuel drain Bedworth. Our customer said it’s been an hour since he’s stranded at Tesco when a friend told him about us. He called at 11pm, we arrived at 11:15 and started working on his misfuelled Volvo C30. We finished before midnight.

Fuel drain Hinckley. A crying lady called to inform us about 30 litres of petrol in her Skoda Octavia Greenline and asked if we could help, which we obviously confirmed. It turned out it’s her mother-in-law’s car, but we drained it, watched her refill it with diesel, and she drove away tear-free.

Fuel drain Ansley. We just finished petrol in diesel removal in Atherstone when we were dispatched to Birmingham Road in Ansley, where a customer’s Jeep Cherokee was stranded. We got it running again in just 30 minutes.

Fuel drain Burbage. Our office sent us to an infant school on Grove Road to siphon 25 litres of petrol from an earlier refuelling at the MPK Filling Station. She then drove her son home in her fixed Isuzu in just 30 minutes.

Fuel drain Atherstone. Happy customers and drivers applauded us on at BP after siphoning petrol from a BMW 3-Series in just 20 minutes.

Fuel drain Stoke Golding. A Friday night confusion got us near The George and Dragon pub, where a couple’s Mazda5 wouldn’t start due to misfueling, but we sent them home in 40 minutes.

Fuel drain Wolvey. Bulkington Road was quiet at midnight when we arrived to help a customer and his misfuelled Subaru Forester. The case was resolved before 1am though.

Fuel drain Higham on the Hill. It wasn’t even 5am yet when we reached our 4:45am caller on Main Street. Her car won’t budge only to recall it was misfueled. She was fortunately guided by an employee at her inn to call us and we delivered 10/10 service.

Fuel drain Dadlington. We found our grumpy customer at The Green, where we instantly provided 20-minute fuel draining service and wipe off his pout.

Fuel drain Weddington. We’re familiar with the BP Weddington Road crew so they referred a customer to us for wrong fuel removal at the filling station. We arrived and fixed her Hyundai i40 in less than an hour.