Need a mobile fuel draining company to correct your mistake of putting petrol in diesel? We can offer you this service in Blackburn. You can call us at  and we’ll be there, wherever you are in the area, within 30 minutes or less.

We cover all of blackburn and as far as Blackpool, Leeds & Liverpool 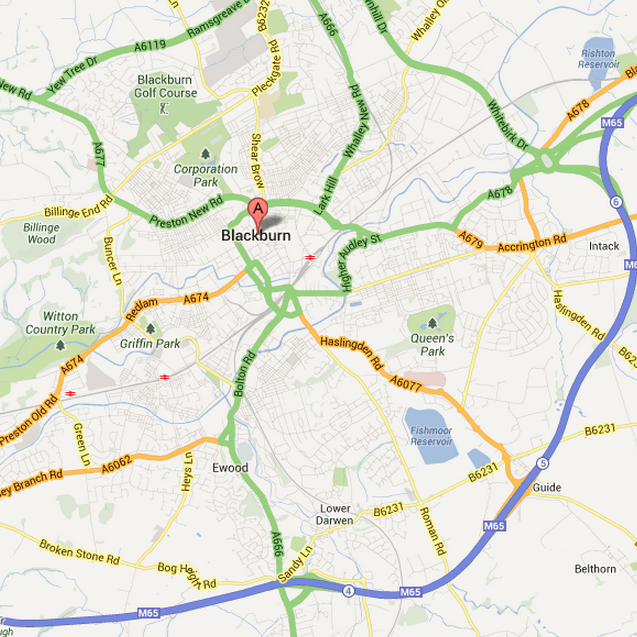 We are insured and licensed to operate as a wrong fuel removal company. For three years now, our crew has already helped more than 5,000 customers. We are equipped with the right tools and machines, such as the garages that remove wrong fuel, to save your car before it gets contaminated and damaged permanently.

So far, we’ve helped customers with their needs for fuel drain in Blackburn in the following situations:

Fuel drain Ramsgreave: A midnight call to our office brought us to Whalley New Road. We spent 15 minutes draining 2 gallons of petrol from a Land Rover Freelander and watched its engine start to life right away.

Fuel drain Mellor Brook: We drove to Shell and drained petrol from a customer’s Volvo S60. She was surprised to see us ten minutes earlier than what we’ve quoted and finish the job in 20 minutes.

Fuel drain Ewood: We helped a family stranded in Total to catch their flight for their vacation abroad by draining petrol from their Toyota RAV4 in lightning speed of 15 minutes.

Fuel drain Guide: A customer forcibly drove his misfueled Vauxhall Astra with 20 litres of petrol but broke down on B6232, where we found him and operated on the car in 45 minutes.

Fuel drain Darwen: We answered a 3am call and arrived in less than ten minutes at Savoy Service Station. A customer’s Renault Laguna Coupe Monaco was mistakenly filled with petrol but we drained and replaced it with diesel in 20 minutes while he finished his coffee.

Fuel drain Samlesbury: It was past lunchtime when a customer asked for our services at Five Barred Gate Service Station. We drained a bewildered customer’s BMW’s tank of petrol in 30 minutes and explained to him the dangers of misfuels.

Fuel drain Accrington: We’ve calmed down a panicked customer when we sorted her Audi Q3’s diesel engine with 10 litres of petrol - another satisfactory service all in a day’s work.

Fuel drain Great Harwood: We were called to Baron’s Way after a customer’s diesel Mazda BT-50 was filled with petrol but still driven over a thousand feet away until he saw the Petrolmex receipt. Our crew drained the wrong fuel and was back on the road in 10 minutes.

Fuel drain Hoddlesden: A customer’s Chevrolet Captiva was misfueled and driven 4.5 miles from the Blackburn Service Station. It broke down on Hoddlesden Road, but we were there to remove the wrong fuel completely and fill the car with the right fuel all in 30 minutes.

Fuel drain Darwen: We sorted out a customer’s Nissan that broke down on Bolton Road after the owner put unleaded in diesel engine easily in 15 minutes. It started working though as though nothing happened.