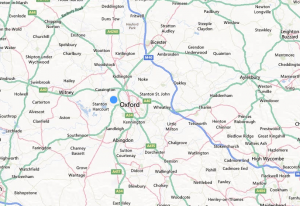 For unfortunate situations, we are here to help as a fuel draining company operating mobile teams all over Oxfordshire. We are able to help you if you mistakenly filled up your car with the wrong type of fuel and you are stuck on the side of the read. Our mobile fuel draining units are equipped with all the necessary equipment so not only we’ll get you back on the road in less than an hour, but there also won’t be any expensive repairs involved. We manage to successfully get back on the road 99% of the people stuck on the road, so you can’t go wrong with calling us.

Some of our recent work in the Oxfordshire area include:

Fuel draining in Oxford: The owner of a VW Golf stopped on the way home for a quick refill at the Shell Petrol Station on London Road. Mistakenly fuelling it up with petrol, the car broke down on Botley, but our mobile unit was nearby and got there in 30 minutes and within the hour, got the car back on the road.

Fuel draining in Banbury: Driving to work, a young woman’s Vauxahll Astra suddenly broke down on Bourhgton Road. She realized, that when she filled it up earlier from the Texaco Petrol Station on Warwick Road, she used the wrong fuel and she called us. The mobile team unit was dispatched immediately and managed to get the car going in less than an hour.

Fuel draining in Bicester: Stopping for a quick refill at the BP Petrol Station on Launton, the owner of new Ford Focus mistakenly used diesel instead of petrol and found himself stuck on Green Lane not long after. Our mobile unit managed to get there quickly and get the car back on the road in less than 60 minutes.

Fuel draining in Kidlington: After stopping at the Sainsbury’s Petrol Station on Oxford Road, a young couple driving in a Mercedes C-Classe realized that they filled up their car with the wrong fuel. Shortly after, their car stopped working on Yarnton Road and our team managed to get there in 30 minutes and fix the car shortly after.

Fuel draining in Abingdon: A couple was driving in a Mini Cooper and stopped for a quick refill at the Tesco Petrol Station on Merchamk Road, but they didn’t realize that they used the wrong fuel. Our mobile fuel draining team got to them on Barrow Road, where they broke down and they were back on the road in an hour.

Fuel draining in Witney: Fuelling from the Texaco Petrol Station on Burford Road, the young office worker driving a Nissan Qasqhai accidentally used petrol instead of diesel. Only later he realized this when his car broke down on Park Road, from where he called us. Our mobile fuel draining unit got there quickly and successfully got the car back on the road in less than an hour